When we look for colognes, oftentimes we are not looking for a particular smell, just something that we enjoy.

Sometimes, this is just a plain old run-of-the-mill spicy and powerful cologne, other times it is soft and subtle.

But there are few smells that people enjoy more than the smell of whiskey.

Even if you are not an alcohol lover or hate the smell of alcohol, the smell of whiskey is intoxicating even to the most ardent of alcohol smell haters.

The reason is that it is a complex mix of aromas, owing to the unique way whiskey is produced and casked.

With this in mind, many perfumers have taken it upon themselves to create a whiskey scented cologne, and that is what we are here today to talk to you about.

Here are some of the best colognes that smell like whiskey.

Most people don’t really like the smell of alcohol or even products that contain alcohol all that much.

People complain when they spill beer on themselves and smell like beer or gag at the smell of vodka, but whiskey is different.

There are reasons for this, and most of them are tied up in how whiskey is made and produced.

Whiskey is distilled in similar methods to other spirits, but it starts from the humble barley grain.

Barley has a subtle smell that reminds people more of open farmland than a brewery, and this is because barley is not made using hops, which are very pungent and overpowering.

Once it has gone through the malting, mashing, fermentation, and distilling stage, it must be matured.

This is where whiskey is placed in oak barrels that are charred and left to mature for years at a time.

This process adds yet more complex smells to the mix, the woody tones from the oak, the smokiness from the charring, and the mellowness from the maturing.

Overall, this means that whiskey doesn’t really smell like pungent alcohol combining with other scents at all, in fact most of the alcohol scent has been phased out or overpowered by other scents during the maturation process.

Instead, you are left with a wonderful smell of wood, grain, and smoke which are mellowed by the maturation.

This is a truly wonderful smell, and it smells like whiskey, not alcohol. 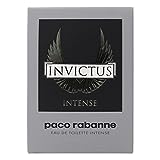 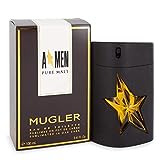 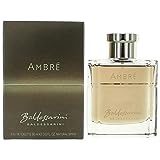 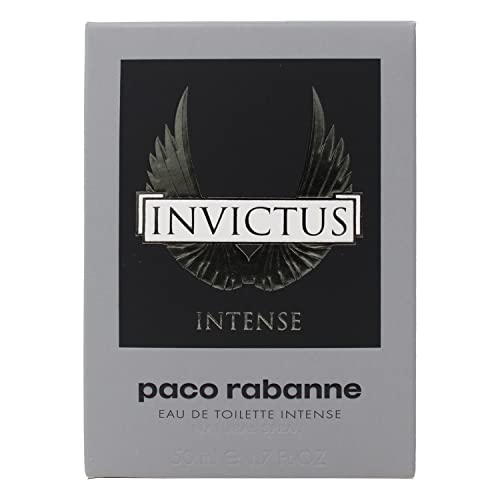 If there is any cologne out there that smells like whiskey, it is Paco Rabanne Invictus Intense.

This is due to the fact that the cologne is infused with whiskey and laurel notes as an underlying base, resulting in a fragrant cologne for those who love whiskey.

The top notes have amber and orange blossom, meaning that you get hit by a spicy citrus tone, before it mellows out into a beautiful, smoky smell that lingers, giving the impression of an old-fashioned in a speakeasy from the 1930s.

The scent is spicy, woody and earthy, making it a perfect scent for the winter months when the temperature is low and for most casual events. 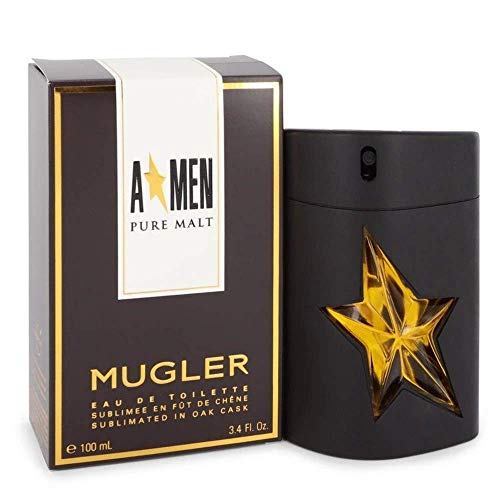 Thierry Mugler had one of the most successful cologne lines ever, and one of their most popular fragrances was Angel Men Pure Malt.

This is a cologne that has been designed to emulate the smells of whiskey in almost every way, and is perfect for those who love whiskey and men’s fragrances.

The fragrance starts with a fruity blend wafting away from the user with notes of vanilla underneath before gradually settling into a smoky quality and the more it lingers, the smokier it gets.

It will finally recede into woody and creamy after tones, making it a sophisticated and intoxicating scent.

This is a cologne that makes a statement and though that statement is soft, it is a firm statement like a sip of your favorite whiskey. 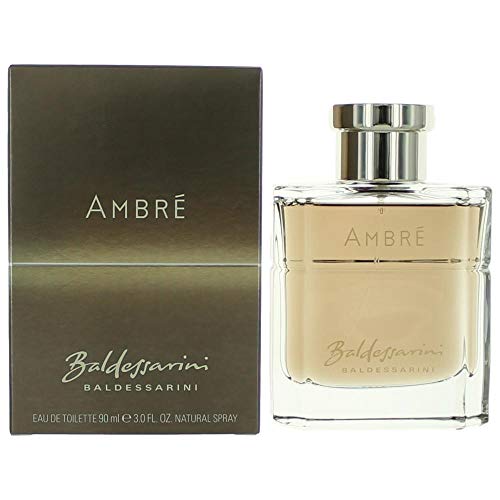 Named for the color ‘amber’, but noted for its whiskey scent, Ambre is one of the most popular scents among the fashion set.

This is a cologne that smells like whiskey and is infused with red apple and mandarin.

The original top notes are understated fruits – red apple and mandarin – that slowly give way to a leathery smell that is interspersed with violet, before hitting the base notes of whiskey.

It is a scent that reminds us of a ranch in the beautiful Appalachian mountains in spring, as flowers bloom and horses whinny.

With that said though, the scent only lasts a couple of hours, so if you plan to buy it, make sure you use it for a short event. 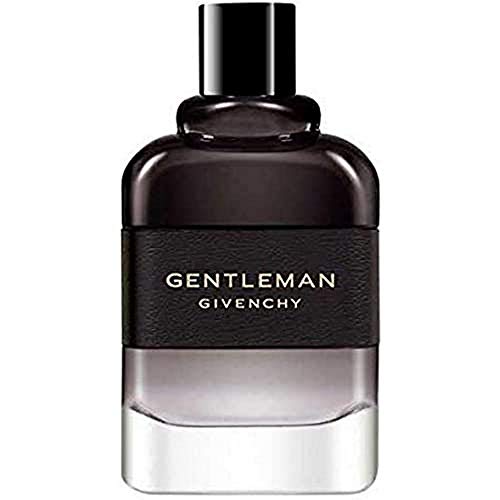 Gentleman Reserve Boisee by Givenchy is a cologne that breathes a beautiful whiskey scent onto anyone in its vicinity.

Its scent starts with a tiny fruit kick from bergamot, before immediately moving into a soft nutty scent from chestnuts, accentuated by a subtle floral smell from iris.

Finally, this cologne plays heavy on the lingering base tones of whiskey, amber, and wood-based notes.

Overall, this fragrance is a mature scent that speaks of a camp in a deep woodland with a hearty fire and drinks with friends.

It is perfect for formal and casual occasions and adds deeply to the character of the person wearing it. 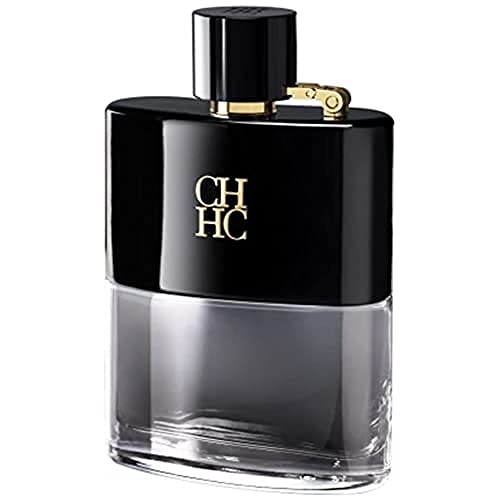 Unlike others on this list, Carolina Herrera Prive is a cologne that starts sharp, with the combination of pomelo and grapefruit giving a sweet yet sharp scent to the opening salvo of smells that this fragrance projects.

The cologne then mellows by adding a herby mix of lavender, sage, thyme, and cardamon, before hitting the base note of whiskey and leather.

The reason this sharpness works so well at the beginning is because everything is underpinned by that mellow whiskey smell.

This undertone lets the other smells come to the limelight, while keeping them from being overpowering and once they have passed, all that is left is the heady whiskey and soft leather smells.

This gives it a classy aroma that immediately turns heads without putting off others.

Bourbon Amber By The Art Of Shaving

Just like whiskey itself, Bourbon Amber is a complex and smooth fragrance that makes whiskey the centerpiece of its fragrance rather than a base note or undertone.

While the other scents provide the backdrop, whiskey is the one tying feature that pervades the entire smell profile.

The natural aromas of lemon, nagarmotha, vanilla, lavender, saffron, amber, and sandalwood give it herby, earthy tinges that round out the sharpness of the bourbon whiskey it goes for with the result being an incredibly intense, but sophisticated smell that could suit many occasions.

This fragrance does not scream, instead it states grace and complexity without being too loud about it.

Its long persistence on the body of up to 8 hours means that this cologne is perfect for business trips and company events where you want to impress, as well as for fancy occasions and dinners. 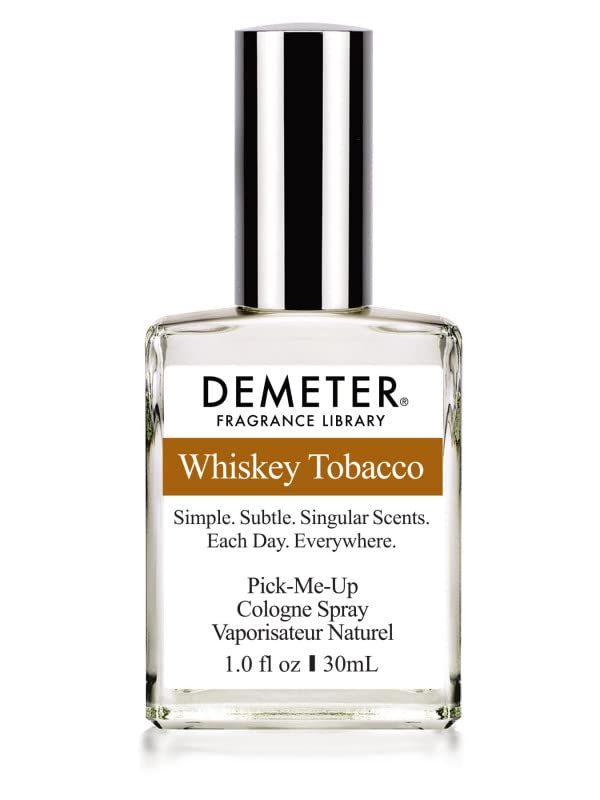 Demeter Whisky Tobacco is a unique scent that smells like whiskey and is infused with tobacco and just a touch of vanilla.

Although you would think that this smell would be overpowering, it is anything but that, and it tries very hard to be a subtle aroma that persists throughout a room.

The sweet tobacco smell with the mellow smokiness of the whiskey gently wafts away in a soft musky from the wearer and is an absolute delight to smell.

While this scent may not be for everyone, it is a mature smell that really appeals to a lot of people, especially for its subtlety. 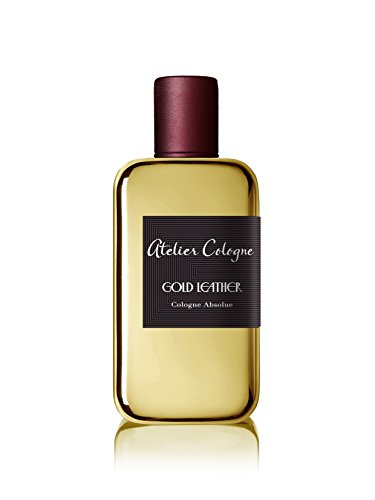 Smokey and intense, Atelier Gold Leather is a cologne that goes the opposite direction from Demeter Whisky Tobacco, playing up the strength of the fragrance.

It does this by adding sharp elements with more mellow, sweet ones, like saffron and bitter orange, plum and dark rum, and so on.

This aroma could be called a classic fragrance, as it takes all the accouterments that you would associate with high class whiskey drinking and turns it into a scent.

It is the perfect aroma to christen a brand-new suit or to turn heads at a private function without stealing any of the spotlight from others.

Whiskey is such an interesting smell, because there are few other odors like it.

It can give the impression of a person being dark, mysterious, and sophisticated as well as humble, hard-working, and far from civilization.

As such, many people want a cologne that smells like whiskey and if you are one of those people, we recommend any from this list.