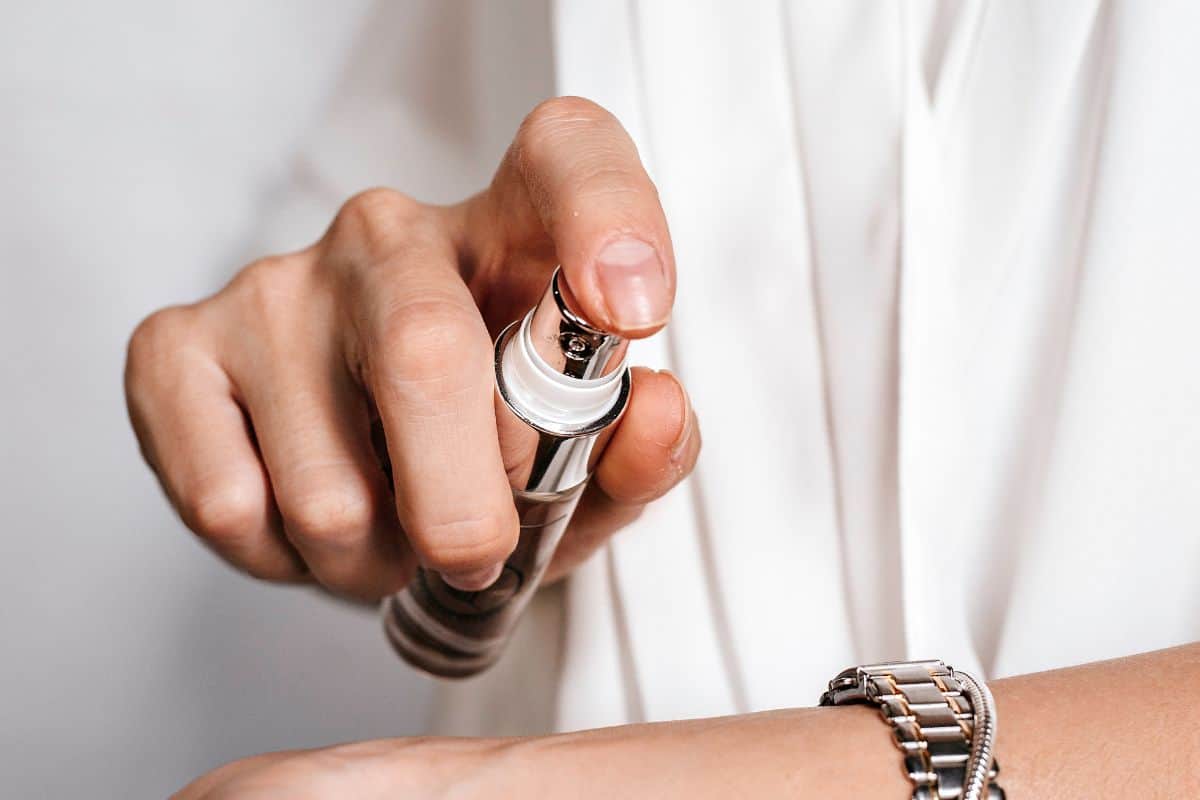 Harry Styles is an English musician and actor who first appeared on The X Factor in 2010, where he was then brought back into the competition with the assembly of One Direction.

They found overwhelming success but began an indefinite hiatus in 2016, and since then, Harry has forged an impressive solo career for himself. In 2017, he released his debut solo album, and then in 2019.

He released his second album, Fine Line, and his third album in 2022 was Harry’s House. He has also appeared in Christopher Nolan’s critically acclaimed Dunkirk.

In this article, we’ll be taking a closer look at what perfume and cologne Harry Styles wears and about his own range of cosmetic beauty products, and showcase his passion for perfume.

In 2021, Harry launched his own fragrance and cosmetics brand, Pleasing. He marketed Pleasing by teasing it through wearing merch under that name and then launched the website later that year.

Under Pleasing, Harry marketed nail polishes, serums, and apparel that have been compared in price to luxury brands, including Gucci.

Now we’ll look at what perfumes Harry wears and how we can tell he has a passion for beauty products and feeling good.

Harry worked with Gucci to make Memoire d’une Odeur, and soon fans would associate him with becoming the face of this fragrance.

Memoire d’une Odeur is a gender-neutral perfume, so regardless of gender, you should have no issue trying this scent. It appears in a long-box-shaped bottle, colored with green hues to make it accessible to everyone.

Described as having a universal fragrance, this is a perfume that Gucci created an entirely new category for. As the main example of the Mineral category, a mixture of airy and musky scents makes this fragrance stand out.

When you think of Gucci’s Memoire d’une Odeur, you’ll notice that it’s made with their Indian Coral Jasmine Nature Print, with hints of chamomile.

Combined with sandalwood and cedar, there’s no doubt that Memoire d’une Odeur has a complexity that isn’t typical of most perfumes.

Designed for warm weather, you can easily wear this perfume during the day so that you can enjoy springtime picnics or a summer lunch. Undoubtedly, Memoire d’une Odeur is a subtle perfume that is great for casual occasions.

Another universal fragrance that you can wear regardless of gender, Tobacco Vanille Eau de Parfum, balances between sweet and smoky, gives you a confident aesthetic and demands the attention of everyone around you.

It should come as no surprise that Tom Ford’s Tobacco Vanille Eau de Parfum is one of their bestsellers among men, especially when you look at the dark, sophisticated bottle that it is kept in.

There are extreme tobacco notes, as expressed in the name, yet it still gives off a soft aroma. In fact, many would believe that it would be akin to a dark cigar, but it actually smells like a light-bodied, blonde cigarette.

While many would expect a robust scent that would overwhelm you, it is actually far more elegant in terms of scent.

However, don’t let the tobacco flavor prevent you from buying this. As it melts down, you will catch sweeter notes of dried fruit.

If you take a closer smell, you may notice spice, wood, and cacao hints, but these fragrances are not the most prominent among the scents used. If you bring it all together, you’ll see that it uses blonde tobacco with a combination of vanilla, wood, and hints of fruit.

Recommended for special occasions, Tobacco Vanille Eau de Parfum would not be out of place on a romantic date.

Released in 2016, Versace’s Pour Homme Sealed Dylan Blue combines modern and traditional in a way that represents Harry Styles’s aesthetic. After all, Versace’s Dylan Blue is an updated version of their 2013 Pour Homme collection.

With a traditional dark design and a deep blue glass bottle with the Medusa seal in the center, its golden cap is the final touch of elegance to this modern design. Somehow, it is both edgy and traditional. Despite its looks, this is also a deeply masculine perfume.

Using woody fragrances with a hint of spice, this is one of Versace’s highly regarded fragrances. Utilizing a mixture of bergamot, grapefruit, and fig to highlight its freshness, it somehow gives an aquatic vibe.

By using papyrus, patchouli, pepper, and a hint of violet Pour Homme Sealed Dylan Blue to maintain its woody aroma. To give it its finishing touch, you’ll find the tonka bean provides a honeyed scent that is immersed with incense and musk.

The best part is that the Sealed Dylan Blue is long-lasting and could even remain for an entire day. Using the fresh aroma, you can use this perfume at any time in the year.

However, it may struggle in the winter months, but overall, this is a versatile fragrance that wouldn’t appear out of place on any occasion. You may even find that teenagers would also appreciate this perfume, as it’s not too strong and remains fresh.

Looking at the vast amount of perfumes utilized by Harry Styles, it’s undoubtedly obvious that he has a passion for his scents.

He has stated in interviews how scent is a major influence on him and that his mother’s perfume still evokes feelings of childhood in him. Seeing Harry’s array of perfumes, you know that you can trust his opinion if you want to be inspired in your choices of perfume.

His choices are popular for both genders, which is unsurprising considering his views on gender and how there are no lines between masculinity and femininity.

So, if you want to smell like Harry Styles, don’t hesitate to try out these signature fragrances to emulate his style.