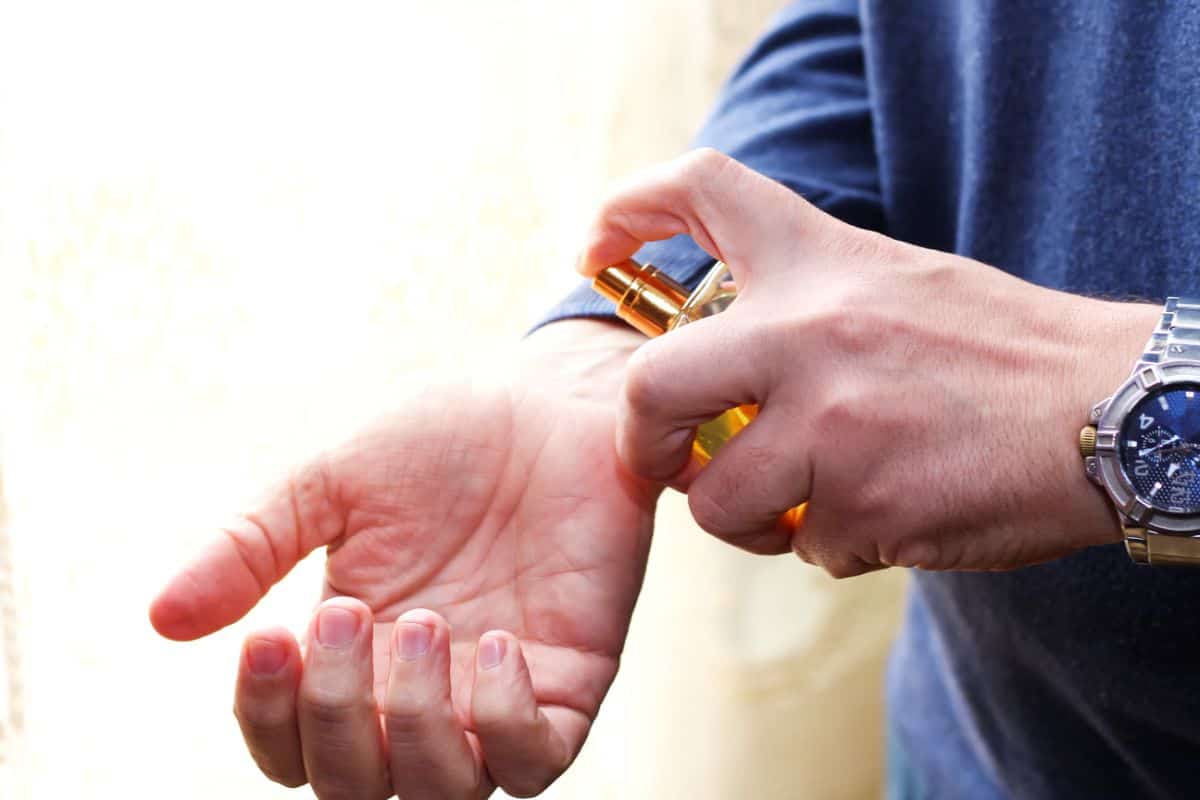 Most of the world’s perfumes are marketed towards women, we think that’s something everyone can agree on.

Although this wasn’t always the case, it is certainly the case today. The perfume industry has built itself into a massive global force based on the idea that they are going to market perfume towards women.

However, cologne is often left out of this marketing equation.

It’s generally not marketed towards women at all, despite the fact that most other perfume types are. In fact, the cologne section of the industry normally markets itself towards men.

For most people (in the U.S. anyway) the terms are strictly divided – perfume is for women, cologne is what men wear.

But this wasn’t always the case.

Read on for the backstory – and our take on what this means for you!

Contents show
1 Difference Between Perfume And Cologne
2 So, Do Guys Wear Perfume Or Cologne?
3 Which Should I Wear?
4 Before You Go…
5 Related Articles
6 Bonus Video!

Difference Between Perfume And Cologne

This distinction is actually a fairly modern invention.

To take it a step further, it is a particularly American invention. That’s right, we came up with that idea.

Now, this idea of colognes being for men has spread around the western world, but honestly, that was never the difference between the two nor is it technically the difference today.

There are in fact two real differences between perfume and cologne.

The first is that cologne originates in Cologne, Germany, where an Italian perfumer name Giovanni Maria Farina invented cologne in 1709.

Perfume, well, perfume dates all the way back to the earliest forms of civilization in Mesopotamia, the Indus Valley, and potentially even Ancient China.

The second difference is the main one, and it depends on how much perfume essence there is in a bottle and how long the smell of the substance lingers.

This means that the smell of perfume on a person will linger for up to 5 or 6 hours, whereas a cologne scent will last for around 2 to 3 hours. Colognes also tend to be less costly due to this, and come in bigger bottles to compensate for the lack of linger time.

This makes the whole endeavor of choosing a perfume or cologne confusing, as arbitrary decisions and personal taste have decided what scent goes with which sex, rather than letting consumers choose themselves.

So, Do Guys Wear Perfume Or Cologne?

The stereotype, unfortunately, is now pretty solidly that men wear cologne and women wear perfume. The reason for this is very simple: clever marketing.

The perfume craze started in the 60s and 70s in America, and companies began to market perfumes towards women. Unlike women, men weren’t really targeted by these campaigns.

Leaving them out paved the way for a market niche to open up.

Since cologne was technically different from perfume, due to the composition of the solutions, it was easy to place it as the male version of perfume and target marketing for cologne at men.

As such, the idea that men wear cologne and women wear perfume became fixed in the public perception. This is similar to divided toiletries – like the shower gel “especially for men” or the (more expensive!) razors just for women.

However, before this there were no such ideas.

Napoleon was said to wear lots of perfume, and even Tom Jones wears the same perfume he has worn since childhood (that would be Weil Paris Secret De Venus).

Which Should I Wear?

Whatever you like, honestly go nuts. For starters, who is exactly going to know if you wear a perfume marketed towards women or men?

You own the bottle, and what kind of people are rooting around your bedroom looking for what scent you put on? (Well, crazy stalkers, maybe…)

If you like the scent of something and want that as your scent, you should just buy it and wear it. Discarding the idea of what scent belongs where, frees you up to shop around.

Your options are far more open now, and one thing to consider is that now you can buy something that will truly suit you.

Say, you want a scent that will last a whole evening, but you only have cologne. By disregarding the stereotype, you can go out and buy a perfume, which will leave you smelling like roses until the end of the evening, unlike a cologne which will last half as long.

This idea of shopping around is also incredibly cost-effective, as now you have twice as many cheap options for perfume or colognes, instead of just the ones that are in your one section.

It may feel odd to start with, but honestly, your budget will thank you.

And if people ask about your cologne, you can just refer to whatever you’re wearing as a cologne if you want to avoid a long conversation!

OK, so we’ve talked about how cologne is a specific strength of perfume, but do you know the nams of the others? We’ve laid it all out for you in our next article – don’t miss it!

Our Simple Guide To Perfume Strengths