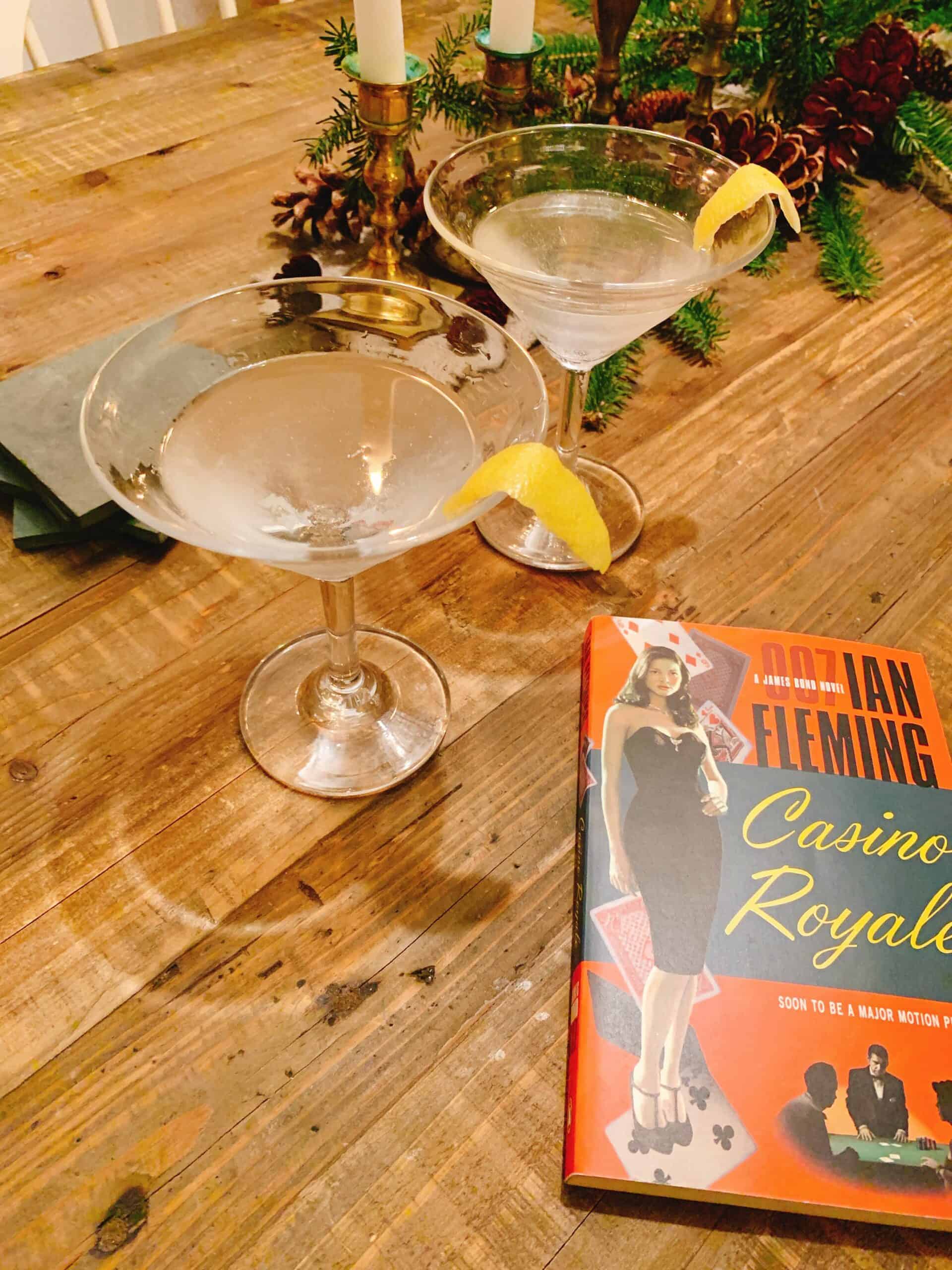 007. The epitome of cool – suave, debonair and dangerous. A spy who knows how to take care of himself – from his perfectly fitting suits to (surely) the perfect scent he wears.

In this post, we will explore which cologne James Bond would have worn in the original books and what’s changed in the movies. So if you’d like to rock a little of the Bond lifestyle and have the scent of a super-spy, we’ve got you covered!

Do We Know Which Cologne James Bond Would Have Worn?

There are a few different approaches we could take here, but let’s get one thing out of the way right at the start.

There is no mention in the original Ian Fleming books of Bond ever wearing a cologne.

That’s more significant than it sounds, since Ian Fleming was a master at name-dropping real-world brands into his books.

He did this as a way of signaling something about the characters. If there had been an occasion for Bond to wear a cologne, he would have definitely mentioned the brand.

Bond for example, doesn’t just smoke any brand of cigarettes, he smokes Morlands.

In From Russia with Love, Bond doesn’t just spread marmalade on his toast, he spreads “Cooper’s Vintage Oxford Marmalade“. Then he drinks coffee brewed in an “American Chemex“.

This makes a lot of sense when you consider the books were written at a time when Britain was still just coming out of rationing after the war. High-end consumer goods and foreign travel were largely out of reach for the average Brit, and Fleming was writing high-end, glamorous escapism for them.

So if Bond ever wore a cologne in any of the books, Fleming would have been very specific about exactly what brand he was wearing. Fleming was also very particular when it came to describing scents. In the books, women often comment on how Bond smells – but it’s always natural smells like sweat, or the sea.

In some ways, this makes sense. As a secret agent, Bond would want to avoid standing out with a strong scent that might give away his location. And it wouldn’t be good for a spy assuming different identities to have a signature scent.

So if Ian Fleming never mentioned Bond wearing cologne, does that mean he definitely didn’t wear any?

Not necessarily. There’s no particular reason Bond wouldn’t have worn scents while he was off duty, and there are certainly references to scented bath products from Floris in a few scenes.

Floris is a British company that has been in business since 1730. They have a very long and storied history, and their products have been used by some very famous people over the years including King George IV, Winston Churchill, and Marilyn Monroe!

What Brands Did James Bond Prefer?

We can make some assumptions here based on another aspect of the name-dropping in the books.

Ian Fleming notoriously gave Bond the same tastes that he himself had, from preferring his drinks extremely cold (thats why the martini is “shaken, not stirred” – its colder that way) to which Rolex he wore.

So it’s not a stretch to conclude that if Fleming had a signature cologne, Bond would as well.

So that gives us what we think is the canonical answer – James Bond doesn’t wear a cologne in the books, but if he was to wear one, it would have been the same one that Fleming wore, because that’s what Fleming did.

Which Cologne Would James Bond Have Worn?

Fleming wore Floris 89 Eau De Toilette, so that’s what he almost certainly would have written for Bond if the plot had called for a cologne.

And yes, you can still get this today from the same company Fleming did – check out Floris’s website.

Of course, it doesn’t end there.

The James Bond franchise is too much of a money-maker to simply ignore an opportunity to market a fragrance. Eon Productions has released several fragrances over the years “inspired” by the character.

In 2012, they released “James Bond 007”, which was a light citrusy scent, with notes of apple and cardamom. This fragrance was made by P&G Prestige.

This was followed in 2013 by “James Bond Ocean Royale”. Since then, there have a been a number of iterations, “James Bond Seven Intense”, “Quantum”, “James Bond for Women”, and so on.

And now, there is a new fragrance from Floris. Simply called “No. 007” it’s been developed to celebrate 60 years of the film franchise (Dr No, the first film, came out in 1963 starring Sir Sean Connery).

All of this of course, is after-the-fact merchandising.

Typically, these are mass-market fragrances designed to appeal to the greatest number of people, and have no meaningful connection to the books or the films.

Frankly, for my tastes, I would argue for Tom Ford’s “Tuscan Leather” as a more modern scent that still captures some of that old-school charm. But that’s just me.

What Cologne Does James Bond Wear – The Actors

OK, so here’s another way we could come at this. What if we looked at which colognes the actors who have played Bond over the years actually prefer?

We checked out a few sources here, not least of which is CelebrityFragranceGuide, and this is what we came up with:

The original, and to most, the iconic Bond.

Starting from Dr No. in 1965, the films were an immediate hit. Not bad for a milkman/bodybuilder/artist’s model /lifeguard who spent time in the Navy.

Actually, that last bit makes sense – he is Commander Bond after all.

During the Moore years, the film series descended somewhat into self-parody (don’t get me started on Moonraker…) but for many people of (cough) a certain age, Moore was the Bond they grew up with.

And here’s an interesting development. Sir Roger was known to favor Guerlains’s Jicky, just as Sean Connery did.

It’s probably worth pointing out that Jicky was originally far more popular with men than women. These days it’s seen as (and marketed as) a more unisex, androgynous perfume, which doesn’t really “fit” with the original drive of the character.

We tried, but we couldn’t nail down a specific fragrance for Dalton.

His turn as Bond was cut a bit short, only the two movies, The Living Daylights & License to Kill.

These movies were the first attempt to get back to a toughre, more ruthless Bond after the Roger Moore years, but fans didn’t really take to this change.

My take – the reason this didn’t work for Dalton is they only focussed on “make it grittier” and forgot the glamorous, aspirational side of the Bond mythology.

As I mentioned we weren’t able to identify a specific fragrance for Dalton, but in the story he mentions below, he did once wear something with strong notes of vanilla.

The moral of the story? Don’t wear vanilla around (male) horses. Se below…

After the darker turn with Dalton, the films took a swing back to the “smooth operator” approach. For those who grew up with Connery and Moore as Bond, Brosnan seemed born to play the role.

This version of the franchise was more popular, but suffered a bit from trying too hard to recapture an old formula, instead of creating something new. This time it was an over-reliance on gadgets.

Pierce Brosnan is widely believed to favor Creed Green Irish Tweed. Is it just us, or does this powdery, woodsy fragrance feel just a bit too on-brand for this Irish actor? Something a PR person might have come up with?

From the original reboot of the series with 2006’s Casino Royale, Daniel Craig’s Bond has been a welcome return to form.

A little grittier, a little darker, but also full of style. From bringing back that Aston Martin DB5, to the sweet Tom Ford suits, this has been a great run.

We’re finding it difficult to pin down an original source, but there are a lot of references to Tom Ford’s Tobacco Vanille as Craig’s cologne of choice. This makes a lot of sense – it’s easy to imagine Daniel Craig in this spicy, woodsy fragrance. No subtle androgyny here.

Given Tom Ford’s association with Bond in the Craig years (from sunglasses to suits) this seems to come under the heading of “not proven, but it fits”.

Who have we missed?

He of the single Bond film, the underrated On Her Majesty’s Secret Service.

We can’t find any indications of a cologne preference for this Aussie model-turned-actor. And frankly, you probably couldn’t trust anything he said about this anyway.

Lazenby was a notorious conman. Check out the documentary Becoming Bond – it’s a crazy story.

Speaking of OHMSS though, there is a myth we can dispel here:

This comes up a lot on perfume blogs and forums. The short answer is no.

In On Her Majesty’s Secret Service, Bond spies a bottle of Trumper’s Eucris in the bathroom of crime boss Marc-Ange Draco.

The text of the book refers to “making his English guest feel at home”, which might be the cause of the confusion. There’s no indication it’s meant to be making Bond feel at home because it’s his own cologne, it’s that Geo F. Trumper is another quintessentially English brand.

Ok people, thanks for bearing with me on this trip through the world of Bond. If none of the fragrances above strikes your fancy, why not have a little fun with it?

And just go for it. After all, you only live … twice….

The title of this article is “What Cologne Does James Bond Wear?” – but did you know that Cologne as “Perfume for Men” is really just marketing? Check out out our next article for more on the history of this branding:

Do Guys Wear Perfume or Cologne?