Johnny Depp has played a range of roles from an infamous pirate to a scandalous wizard.

These roles also encapsulate his outwardly outlandish sense of style and his cologne is also as wild and rugged as the man himself – and appropriately named!

What Cologne Does Johnny Depp Wear?

Johnny Depp wears Sauvage by Dior and has been the face of the brand’s Sauvage cologne since 2015.

Despite any controversy that he has faced, he has remained the face of this cologne.

What Is Sauvage by Dior?

Sauvage by Dior is a fragrance released in 2015. At this stage, Dior hadn’t released a new form of cologne in over 10 years and thus, many fragrance enthusiasts were greatly excited by this fragrance.

The name of this cologne was derived from the 1966 fragrance from Dior that was called ‘Eau Sauvage’.

This perfume was apparently named after a friend of Christian Dior, Percy Savage, the name coming after Percy arrived late! 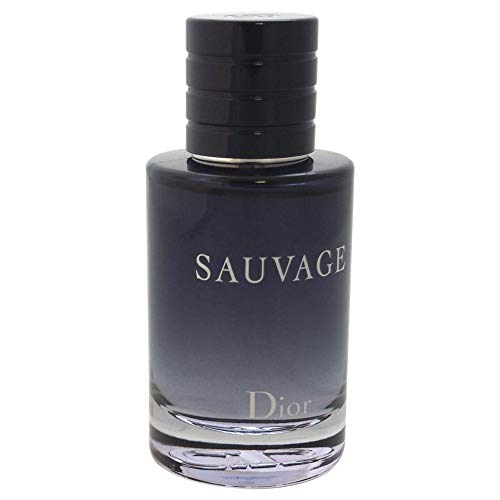 Whilst both of these fragrances are produced by Dior, they are not part of the same collection.

Sauvage by Dior is a fresher take on this old fragrance without directly corresponding to it.

Sauvage is the French word for savage or wild. So it makes a lot of sense for a character like Johnny Depp to represent their brand…

When it was first announced, GQ magazine stated that this man is reflective of the “earliest iteration of the dandy wild man” as he incorporates luxury and ruggedness in his overall style and aura.

In this sense, Depp is the perfect embodiment of a wild man, representing the term ‘sauvage’ in all of its essence.

The fragrance itself is notably inspired by open, wild spaces with rocky landscapes and intense sunlight.

The perfumer behind this specific form of cologne is Francois Demachy, an in-house perfumer at Dior.

He is a renowned perfumer who trained at the Chariot in Grasse for a period of give years.

He then initially started working at Chanel until taking on the role of Director of Development at the perfumes division of Dior.

The notes contained within the Sauvage cologne feature wonderful top notes of Calabrian bergamot and pepper.

The heart notes include pink pepper, geranium, patchouli, Sichuan pepper, and lavender. Whilst the base notes include labdanum, ambrosian and cedar.

Despite the controversy surrounding Johnny Depp’s relationship with his ex-wife, Amber Heard, he has not been dropped from the brand.

Therefore, he is still the face of Sauvage by Dior. Whilst a number of people were enraged that Dior did not drop Depp from their advertisements, many in the perfume industry were not surprised.

This is because the fashion industry believes that all press is good press, and thus, the Sauvage name will be remembered accordingly.

This is applicable irrespective of the association with the brand’s ambassador as sales of this cologne increased drastically during this time and the fragrance has become one of the best selling colognes available to purchase.

The initial moments of Dior’s Sauvage mostly consists of a fusion of pepper and bergamot.

The resulting effect is a fusion of dewy citrus that is crisp, sweet and clean.

There are also undertones of fresh laundry that underpin the overall essence of this product.

Regardless of the fact that this cologne follows the name of the original 1966’s classic cologne, it is in a widely different collection.

Eau Sauvage, the original cologne, is also still in circulation and was relaunched by Dior in 2009.

However, these colognes could not be more different. Whilst Eau Sauvage definitely focuses on the heritage of the fashion house, the more recent fragrance is far bolder in its composition.

The only similarities between these products is the name and a couple of ingredients.

François Demachy is renowned for having a strong nose that is able to detect and produce the finest blends of cologne.

He has worked on numerous fragrances with Dior ranging from Fahrenheit to Dior Homme, as well as producing numerous variations of both Eau Sauvage and Sauvage by Dior.

Conversely to the 1966 classic version of this cologne, which contained aromatic citrus elements, the modern version is a far more simplistic spin on the conventional approach.

The head notes of Sauvage by Dior include tones of pepper, mint and bergamot.

The cologne opens with fresh mint and bursts of bergamot fused with pepper. This is surprisingly sharp but mellows out over time.

The heart notes of this cologne include geranium, patchouli, and lavender. As these notes begin to emerge, you will be able to notice the hints of lavender most evidently.

The geranium notes are mild and incorporate the more earthy smell of patchouli. The latter note enhances the substance of the blend without being too overpowering.

There are also hints of vanilla emery contained within the product, however, these are notably faint.

Nonetheless, the pepper and lavender combination develops in an interesting manner without fading entirely, ensuring that the scent remains as fresh as possible.

The base notes of this cologne include ambergris, cedarwood, and labdanum.

There are flushes of sea-breeze that emerge through the ambergris. These notes add a subtle yet wild element to the product and this is enhanced by the notes of labdanum. Lastly, the cedarwood extends the notes and adds a solidity to the product.

What Is The Life-Cycle & Strength of Sauvage by Dior?

The overall composition of this cologne is both light and mild. There is very little depth to its intensity until the base notes begin to emerge.

Thus, the projection and sillage of this cologne isn’t necessarily easy to pick up on unless it has been excessively applied to the skin.

As always, you should be careful to overly apply cologne as it can become overpowering and lose its nuance.

Sauvage by Dior is an enchanting cologne that provides a plethora of aromas and scents.

It is both stylish and rugged, and for this reason, it makes perfect sense to be worn by Johnny Depp.

Depp is also the face of this product, providing it with an extra presentation of wildness.

Despite the fact that his cologne is presented as being a ‘savage’ product, the notes contained within it are surprisingly mild.

For this reason, you will want to ensure that you are applying Sauvage by Dior appropriately to hotter areas of your body.

This way, the cologne is guaranteed to spread across the body and become easily detectable.

Despite the initially sharp yet mild nature of this product, it quickly becomes more intense as the heart and base notes begin to emerge.

For this reason, it is important to not over-apply this cologne as you will end up smelling overpowering as opposed to appealing.

As always, ensure that you are engaging in skin tests prior to purchasing any form of cologne, irrespective of whether you are a massive fan of Johnny Depp or not.

This is because you will need to ascertain whether the product blends correctly with your own skin chemistry.

This way, you can make sure that you are smelling at your best when purchasing your new, favorite cologne.