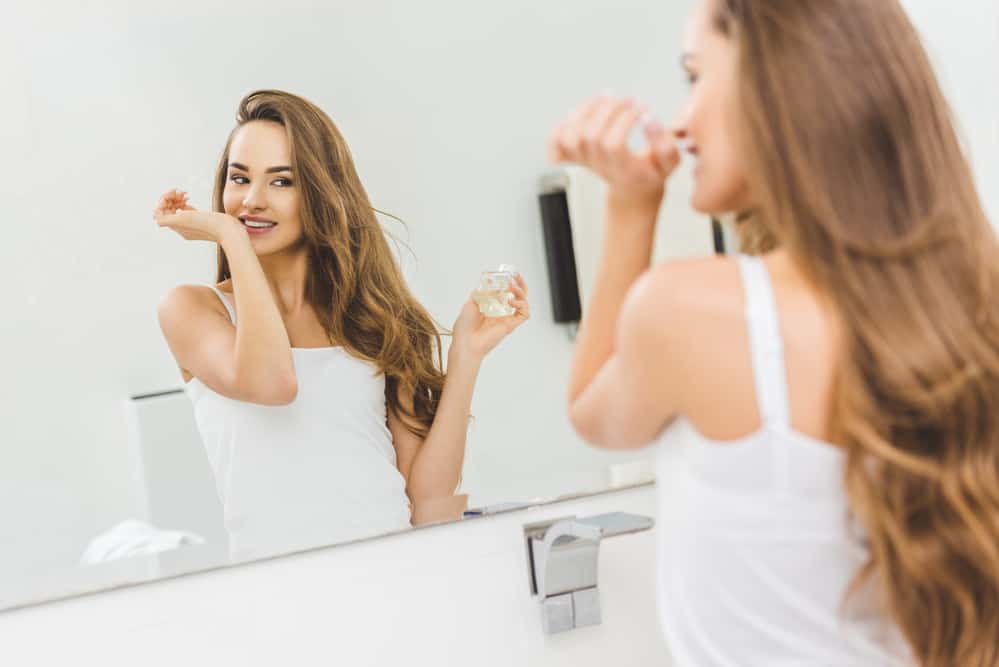 Toilette spray is another name for Eau de Toilette, which sounds like it’s French for “toilet water”.

This has, of course, caused lots of jokes and probably more than a little confusion in the English-speaking world …

What Is Toilette Spray?

Eau de Toilette stems from a French phrase that means “getting ready”. (A literal translation would be something like “grooming water”.)

It’s a subtly-scented fragrance with less oil concentration than pure perfume and is a good option if you are looking for a lighter scent to refresh yourself.

Eau de toilette is sometimes referred to as “aromatic water.”

Many people consider this to be a daytime fragrance, although there’s no reason you couldn’t use this just before going out in the evening.

The Difference Between Toilette Spray and Perfume

Unlike Eau de Toilette, perfume (“Eau de Parfum”) is much more concentrated and thus has a much stronger aroma.

Whereas a perfume may contain 20-50% perfume oils, an Eau de Toilette may only contain between 5% and 15%. Eau de toilette also has a higher concentration of alcohol and water than Eau de Parfum.

(We wrote a whole article on perfume strengths if you’d like to find out more.)

The Eau de Toilette is used to refresh and leave a light and delicate fragrance. When you want something more long-lasting, wear an Eau de Parfum.

The Difference Between Toilette Spray and Cologne

While Eau de Toilette is typically used when a lighter scent is desired, Eau de Cologne is technically an even more delicate alternative. This fragrance concentration is typically found in masculine perfumes, but that’s more about marketing than a real gender difference.

Both men and women can use Eau de Toilette.

There are options for both genders across all the perfume categories, and they differ primarily in terms of the amount of perfume oil used, as well as the notes and ingredients.

The concentration of perfumed oils in an Eau de Cologne is even lower than an Eau de Toilette, with the average product containing around 4% fragrance oil.

These fragrances are perfect for light daytime wear and are usually much less expensive than Eau de Toilette and Eau de Parfums.

They typically last only a few hours, whereas an Eau de Toilette can last more than four hours, depending on the composition, your own body chemistry, and the temperature.

Concentrate Eau de Toilette on the hot spots on your body, such as your chest, neck, lower jaw, wrist, or inner elbow.

The heat from your body helps to diffuse the scent and extend its duration.

Because Eau de Toilette is more diluted, applying vaseline or an unscented lotion before applying can help lock in the scent and extend its longevity. A spray on your hair or clothes can also help to extend the fragrance’s lingering effect.

After opening, keep the bottle away from light, heat, and humidity. Keep it out of the bathroom and instead store it in a closed cupboard, preferably in a room that is always cool and not overly humid.

Toilette spray is another way of saying Eau de Toilette and has an expansive history beginning in the 15th century, primarily used to freshen up – hence the name which is derived from the French for “getting ready’”

It is a light fragrance and typically lasts about three to four hours which may not be the best for those who are wanting to make an impact all throughout the day. However, if you want to be subtle in the office then an Eau de Toilette is a great option.