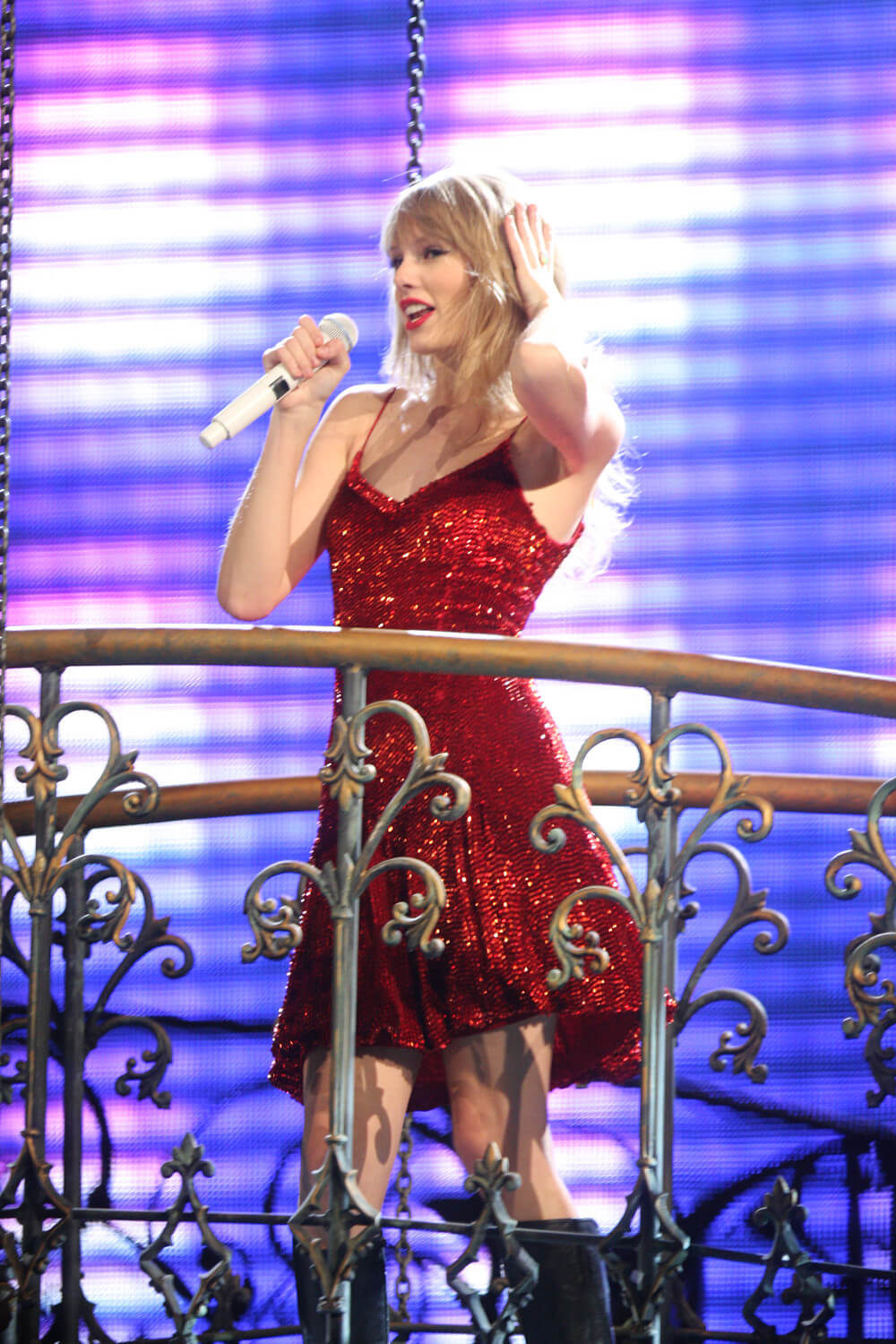 The much-loved and hugely popular singer made her debut with her single ‘Tim Mcgraw’ back in 2006. Since then, she has released 10 albums including the critically acclaimed 1989 and Folklore to Midnights.

If you are a Taylor Swift super-fan and want to know what type of perfume the singer wears, you have certainly come to the right place!

Aside from having her line of fragrances, the singer dabbles between a few signature scents – but all of them keep her smelling sweet!

What Perfume Does Taylor Swift Wear?

Taylor has a diverse range of scents that she enjoys and wears, each of which we will get into here.

She is a modern female icon, with a powerful feminine vibe that needs a powerful perfume to match. So, what kind of fragrance does the singer enjoy? Let’s find out.

Flowerbomb is a perfume from Viktor and Rolf that Taylor is very well known for wearing. This perfume is both feminine as well as strong and powerful – much like Taylor Swift herself, it is no wonder she enjoys this perfume so much!

Flowerbomb is an incredibly versatile fragrance that can be worn from day to day as well as to evening events or special occasions. It is not too strong, but still noticeable.

Flowerbomb has top notes of flowers (err – hence the name), including jasmine, osmanthus, rose, freesia, and orchid. This all blends to create a beautifully fragrant smell that is reminiscent of a bunch of flowers.

Additionally, the perfume is made with base notes of both citrus and musk to balance the fragrant flowers and give the perfume a deeper sensation.

Aside from Flowerbomb, Taylor’s other favorite perfume to wear is Moon Sparkle by Escada. This contrasts with Flowerbomb in that it is much more fruity in scent than it is floral.

This is the perfect fragrance to wear daily as it is much lighter and sweeter, creating a more casual yet intimate smell.

Though this perfume first came out back in 2010, it is still sworn by the singer today! Aside from the scent itself, it also comes in a beautiful bottle that you will want to keep even after you’ve used up all that’s inside.

With top notes of fruits and sweetness, this is the perfect perfume to wear in summer.

As we can see above, Taylor loves a very feminine perfume.

Santal Blush by Tom Ford is exactly this – a feminine and floral scent are perfect to wear on evenings out on the town. It is incredibly luxurious and would be well suited to wear to any fancy occasion or event.

It comes in a beautiful clear glass bottle with gold accents – beautifully feminine and girly, and looks amazing sat upon a dresser.

The smell of this perfume is a lot richer than the two we have already mentioned, with top notes of spices and sandalwood.

The woodsy scents help to exaggerate the richness of the scene and perfectly complement the other notes of jasmine and oud. This is a very seductive and sensuous perfume.

Let’s be honest, if you had your perfume line, you would be wearing it too! Taylor Swift has her line of fragrances that she stands by and uses all the time!

Her all-time favorite would be Taylor by Taylor Swift, and the star is reported to wear it frequently. Another favorite scent of hers from her collection is Wonderstruck.

This perfume was launched back in 2013 and went down an absolute storm with fans and became a very well-loved and popular perfume. It is a perfume that encapsulates Taylor’s personality and style.

Feminine, floral, and strong with a hint of wood to balance out the sweetness. Top notes include magnolia petals, tangerine, and litchi, as well as hortensia, orchid, and peony. It is a perfect blend of fruity, floral, and earthy that everyone is sure to love.

This perfume is perfect for casual wear and will go great in the warmer months.

Releasing your line of fragrances has become a very popular thing for celebrities and superstars to do! From Ariana Grande to Beyonce, Taylor Swift joins a long line of celebrities to release their brand of perfumes.

The first of which, was Wonderstruck by Taylor Swift, which was released back in 2011. It had a very fruity and floral fragrance that featured sweet notes such as raspberry, apple blossom, and peach.

The perfume we mentioned earlier, Taylor by Taylor Swift, was the next to launch and is known as the most personal scent to Taylor herself. She then released a second version known as Taylor Made of Starlight, and then shortly after that Incredible Things.

Many of the earlier perfumes have unfortunately now been discontinued, but you can still sometimes find them on marketplaces and online websites!

Taylor Swift is a woman who loves her strong, feminine, and floral scents. So, if you want to be just like this fashion and singing icon, then you know what perfume to buy next!

Taylor loves a floral and fruity fragrance, to match her sweet and feminine personality, but never forgetting the bass notes of wood and musk that give the fragrance the edge that matches the singer so well.

Hopefully, this has been a useful article, and all of you Taylor Swift superfans, know what type of perfume they want to try out next! Will it be one of Taylor’s favorites, or one from the singer’s line of fragrances?